Cleaning house — as long as no one visits.
Laundry — at least until someone runs out of underwear.
Redoing the fireplace mantle. It’s not green and gold any more, it’s hard to care.
Schedules — it’s 3:00, I suppose I’d better eat lunch before I think about supper, eh?
Cooking. That’s what Lean Cuisine is for, isn’t it?
Changing litter in bunny cage — until I can’t stand it any more
Opening mail — if the pile isn’t so high it falls over.
Socializing — I don’t feel social, no one wants my germs, we’re even.
Quality time with teenager — he’d rather surf YouTube anyway.
Discuss politics — thought takes energy, one thing that really lacking in me right now.
Whining — who wants to hear this anyway?

Chill. Just drink water, take a nap, and all will be well with the world. Eventually.

Six words. I found the idea through a link at Autismvox. Kristina shared the Smith site with its Six Word Stories and created one of her own. These Six Word Stories remind me of Haiku or Lune poems in their clarity and directness, although they’re even shorter. Sometimes, a picture is worth exactly six words. 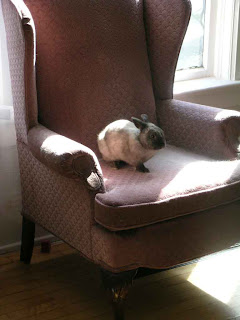 Shy bunny, but sweet, our Sadie. 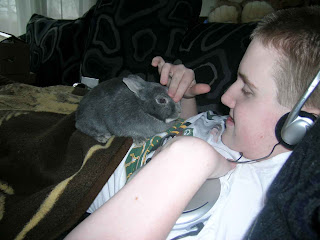 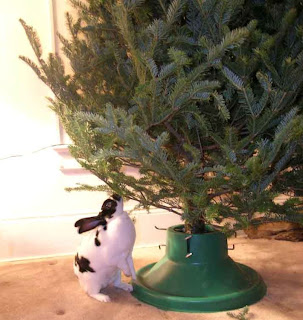 A ribbon in the wind
The lace curtains blow
Serene in their motion
The waves softly flow.

Dancing so slightly
The cool ocean breeze
Gently caresses
The leaves on the trees.

Pale purple dreams
With shades of cool blue
I’m drifting, free falling
But safely — with you.

Contemplation of a New Year
Fill in the blanks.

Two Good Habits to Continue and Enjoy: Look ahead while looking back.
1
2

One — just one!
One Goal for the year to come

Think it over.
Declare the goal real. Relevant. Possible.
Now drink a toast,
Whether champagne or grape juice
Promise yourself it’ll happen.
Then make it so.

Labor Day has passed.
Back to school we go again.
Where did summer go?

Really, stepmother, I understand.
In this youth-centered culture,
Just like Hollywood, younger is better
Regardless of talent.

I’ll get the same reaction
In twenty years
When a new, lovelier princess
Emerges from puberty
and charms the masses with her
innocence and fresh beauty.

Let’s leave together.
There must be a society
That values women more than this one.
Leave that apple — and that blasted mirror! — behind.

…actual statements and questions from children, ages 11 through 16, in the days immediately preceding and immediately after the start of Operation Iraqi Freedom. The poem is a few years old: the feelings expressed are not.

Naming the daughter
In the Ugandan tradition, children are named not just at birth, but throughout their lives according to their characteristics and significant events. This poem was written four years ago, and very little has changed.

My firstborn
She of deep, thoughtful eyes and a full head of thick dark hair.
She of the contagious giggle.
The one who climbed before she could walk.
The toddler who cried when she fell, but remained calm for the stitches, and
She who years later handled a fractured wrist without tears.
Ruffle socks and buckle shoes daughter
Wear a dress no matter what the weather daughter.
The child who listened to Beethoven and Raffi.
The child who learned to ride a bike in the Lambeau Field parking lot.
The young genius with crayons, markers, scissors, and glue.
So painfully shy at 6 she rarely spoke —
So social at 16 she rarely stopped.

The eldest. The big sister.
She of expressive eyes and long, thick hair.
The master of irony and sardonic humor.
She who doesn’t do morning.
A rainbow of Converse tennis shoes daughter.
Blue jeans, capris, and tank-tops daughter.
The teen who listens to Pachelbel, Frank Sinatra, and Queen.
The one who left the bike behind in favor of Dad’s silver Saturn.
The young genius with pencil and charcoal.
The young genius with a camera and Adobe Photo Shop.
Creator of a multitude of unique and colorful scrapbooks.

The one whose presence can brighten a room
Truly the joy of my life.